The height of success 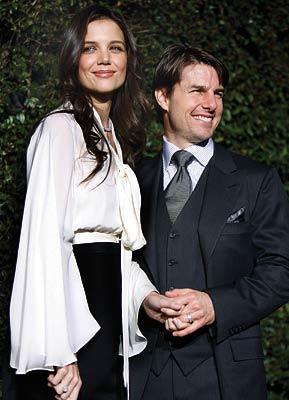 First published in The Age, The Sydney Morning Herald, The Brisbane Times and The West Australian in 2009.

I knew Barack Obama was going to win the US presidential election. Why? Quite simply: he was taller. At 6’1” Obama towered a full half-foot over his opponent, John McCain.

And height matters. Reports suggest that in the 19 American presidential elections between 1888 and 1960 the candidate with a height advantage won all but one.

An even more intriguing question though is whether Hillary Clinton would have had the same advantage if she were the 6’1” candidate. Or would that have made her a little too daunting for male voters?

A study from ANU and Sydney  University has found that being just 5cm (2”) taller than average can increase a worker’s pay by 1.5%. The effect was evident for both men and women, though more substantial for men.

As a 6’2” woman, height is something I take a personal interest in. Although just a physical characteristic no different than eye and hair colour, when women top men in stature it doesn’t go unnoticed.

Growing up as a tall girl was like growing up in a parallel universe. Buying clothes for my figure was as easy as finding half-price tickets to the Grand Final. There were a few boys who kept me company on high, but they didn’t draw as much attention or stale jokes: yeah, yeah the weather up here is fine, thank you. The girls were lining up to date those boys, whereas the queue to date tall girls was, well, short.

Over time attitudes have softened, a little. In my twenties I dated several shorter men, after quickly recognising that height alone is a poor determinant of compatibility. But I was aware they were shorter, the way I might be aware of the size of my bum. And even though I dated one for nearly two years (and height wasn’t why the relationship failed) that awareness never diminished. In the end, I married a man of equal height—and equally long legs. The latter can be a problem in itself; I have on several occasions caught him unknowingly wearing my favourite jeans.

When I was young, short men didn’t hitch up with taller women and when they did people noticed. Remember Sonny & Cher singing I got you babe? Then you’ll recall that Sonny was shorter than his sexy, long-haired wife. In the 1980 film Blue Lagoon, Brooke Shields walked in shallow trenches throughout the filming because she was 5’10”, while her co-star Chris Atkins stood at just 5’6”. He later described the experience as “like having the Statue of Liberty standing beside me.”

Putting aside male-female issues, there are benefits for women living at high altitude. I played basketball and volleyball for years, fully appreciating my unfair natural advantage. No trompe l’œil tricks are necessary with my legs because, despite other flaws, they are long. And people definitely accept me as a leader more quickly—they look up to me, you could say—because I’m tall.

So, does height equal power and success? The study reported last week was not the first to show that tall men earn more money. Previous research has found them to be reproductively more successful, as women favour taller men when searching for a partner.

But is the same true for women? The results of the Australian research did find that taller women earned more as a result of their height, though they gained only two-thirds that of the men. In an earlier British study, both sexes judged taller women to be more intelligent, assertive, independent and ambitious.

However, before we start getting uppity, other research suggests that any benefit that exists for taller people lasts less than a minute. After that, if the impression is not proven, it fades. And tall women may have other shortcomings: men consider shorter women more nurturing and better mothers.

And many men are still not keen to have their own light blocked by women. I once worked in an office with four other very tall women; we looked like the Olympic basketball team when showing up for meetings. Nonetheless, we were surprised at the unease our height caused amongst men in the organisation, as though we represented a female plot to topple their vertical (or other) dominance.

We’ll never know if a 6’1” Hillary Clinton could have been elected. But I’m guessing that while America might be ready for its first female President, it’s possibly too much to expect that she will be tall. Because when it comes down to it, most men still prefer being on top.